The 'Short' Bio - My musical path over the years.

1989 - Around this time I started to play in school bands, learnt harmonica, and played saxophone in a jazz band

1995 - Taught guitar and worked in Warehouses.


2001 - For 6 years I travelled Europe & Brazil extensively when not working in London's Square Mile or Docklands. I was completely surrounded by Brazilian friends and their culture during most of my free time and I spent a lot of time making music at home on my computer learning the latest production software.


2008 - Performed in Toque Tambor with Monobloco at Rhythms of the World festival, with other gigs at WOMAD, London Thames Festival and other UK events.

2009 - Became a father to a step son and a baby boy, continued making electronic tracks at home.


2011 - Started recording Brazilian tracks on guitar and uploading them to Soundcloud, getting great feedback amd encouragement there.


2012 - A great year for music. I formed a live Bossa Nova band, rejoined Toque Tambor - playing Samba percussion in the UK and Ireland, including the Rhythms of the World festival and the Samba Encontro at the UK Centre for Carnival Arts with Fabio Allman, (Du Rio,PLAYBob,Duo Carioca, ex lead singer of Monobloco).

Also, under the alias Damon Breakz I initiated and began directing an international electronic group called Cosmic Core, releasing our first album in April with a 2 hour radio show playing every track live on New Zealand radio. Our second album was released before the end of the year.

2014 - Released Born To Bossa Volume I and II and made two tours of Belgium as well as Holland, where I played live on radio. Also had interviews, reviews and tracks played around the world. Had session work as a guitarist. Gained radio play in Holland and UK. Review ny BNovaMusic.com (Bossa Nova specialist site in Jamaica). Gained a written review of my second album from Bossa Nova Club of Myrtle Beach in the US. First and second albums reviewed by Japanese Bossa Nova websites. 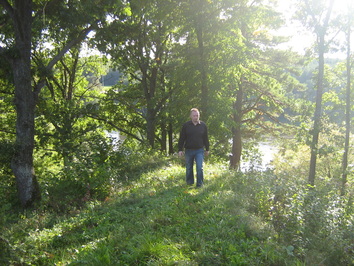 My name is Dave Holmes, a Multi-instrumentalist, vocalist and producer from UK.

I am told that as a small child my love of music was evident; I had small drum and I would beat this and the kitchen pans non stop! I would cry in a carnival once the brass band would pass by or until I heard the organ in church.

I soon wanted to be an organist and I progressed to weekly organ lessons from age 4, until I saw a guitarist on TV and decided to switch to guitar.

I studied classical guitar from age 7 and when I was around 10 years old I started to teach myself rock 'n' roll, blues and pop styles by ear and using chord books. This is also when I started to write down my songs.


I went on to learn other guitar styles and instruments. I was a chorister, I played in Heavy metal and Beatles cover bands, played at a local folk club, learned harmonica, played Saxophone in a Swing Jazz band and had guitar lessons from the great UK Punk guitarist Bruce Treasure.

At my first senior school I had a fantastic music teacher who I would hassle for the keys to the guitar room at lunchtimes; this was the same teacher that taught UK musician/comedian/actor Bill Bailey. After bombing out of A levels I worked in Bruce's music shop and would spend my free time playing guitar and trying things like playing mandolins through wah wah pedals. I would practice around 12 hours a day, everyday.

To further my musical aspirations I studied Popular Music and Sound Recording at Chichester College of Arts, Science and Technology at the end of the 90s, including Saxophone lessons from Jazz great Bobby Wellins. Here I was lucky enough to study alongside fantastic musicians like John Roberts the current drummer of The Blockheads and Olly Hite who was part of Norman Cook's BPA Album and releases his own piano based songs.

After college I taught guitar while holding down other temp work.

Following this, I went on to study Audio Engineering and Studio Production at the prestigious London Audio College, Alchemea, where I gained many hours practical time, 24/7/365, recording bands and using music technology,  including assisting on Jason Air sessions with the late great Stevie Hyper D, maybe the best Drum & Bass MC that ever lived. During the course I bought a Bass from Angel Pawn shop and got myself some Parliament, Funkadelic and street soul CDs and taught myself Bass guitar.

After the course I started work at the College as a supervisor and externally in semi-pro and pre-production studios as a sound engineer. I got to work as a MIDI/sampler programmer on a Simple Minds Remix for producer Johnson Somerset, that ended up as a track on their single, alongside the original track 'War Babies' and also a Steve Hillage remix.

While I was supervisor at Alchemea, a young motivated and talented student, DJ Fresh, would ask to test out his demos on the office cassette deck! he has now had two UK number 1s, including the first Drum n Bass UK No.1. 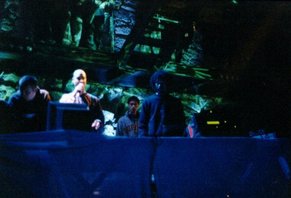 In 1998 I moved to Portugal for two years where I began to learn the Portuguese language and was involved in their superb Dance Music scene. Initially sent there to teach DJ Gustavo how to use some of his equipment, I ended up staying and we and many other great local DJs became friends and formed a band.  This photo is a live Drum n Bass gig we did to support LTJ Bukem in 2000.

I also got to see great DJ/producers DJ and play live such as Eric Morillo and Richie Hawtin, Tony Humphries, Carl Cox, Darren Price, and got to chat with (and sometimes hang out with) many visiting international DJs such as: Adam Freeland, Scan X, A Man Called Adam, Ivan Smagghe, Surgeon. So being in Portugal was a critical education for me. 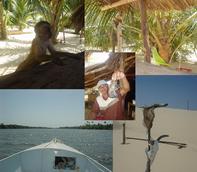 On returning to UK in 2001, I started work in IT doing shift work which gave me a lot of free time to do other things in London and Europe, and for a number of years, I made many long trips all over Brazil which improved my Portuguese proficiency and led to an appreciation and interest in Brazilian music. Also, for a couple of years, I was training Capoeira up to 7 days a week, a Brazilian acrobatic martial art incorporating African/ Brazilian songs and percussion such as the Berimbau and I set up the first Capoeira club in my town.

In 2007, while looking for Cavaquinho tuition ('Brazilian Ukelele') I discovered and then joined a huge local Samba 'bloco' called Toque Tambor, with whom I have performed at events and major festivals in UK and Ireland, often alongside members of one of Brazil's best Samba bands, Monobloco, and at events with other similar Samba groups from around Europe.

In this group I gained a great deal of experience playing Samba percussion - samba being the roots of Bossa Nova; the tamborim part directly translates to the chord rhythm of the Bossa Nova when played at a much slower speed and the bass notes roughly follow the Surdo (bass) drums. With my knowledge of guitar, singing and Portuguese experience, I now feel very at home playing Bossa Nova classics on guitar and voice and I enjoy it immensely. 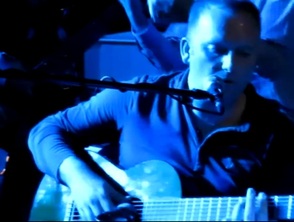 After many years interest in Brazilian music and the Portuguese language, I used my Music Technology skills to experiment with DJing Brazilian music, using Ableton Live music software. I later started learning and producing some home recordings of myself playing Bossa Nova classics on guitar and voice and, under the alias of The Bossa Renovator, uploaded them to Soundcloud, an online music streaming site.

This received encouraging feedback from other users which led me to continue on this musical path. I now am able to perform a large versatile repertoire of classic Bossa Nova music, plus pieces from popular music, and my own compositions, played with a bit of 'Brazilian flavour'. 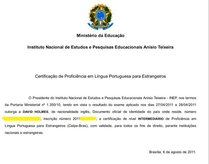 In 2001 I passed the PACE Portuguese Exam at Goldsmiths University College and in 2011 I took the Certificate of Proficiency in Portuguese (CELPE) exam at Kings College, accredited by the Brazilian Ministry of Education, passing at Intermediate level.

So, although I blend in influences from other popular music and am not Brazilian, I use my experience in the Portuguese language, Samba drumming and guitar playing to create a performance that has an authentic Brazilian Bossa Nova feel.

Meanwhile I have continued to develop my Music Technology skills, making electronic tunes under the names Fruitional from 2003 to 2007 and after a short hiatus =) as Damon Breakz, originally focusing on Drum n Bass music mashed up with Psy Trance synths basslines with guitars and vocals. I had a live act ready but then things took an interesting direction! 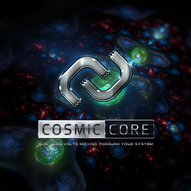 In 2012 through the Tom Cosm website forum, (cosm.co.nz)  I initiated Cosmic-Core.com, where I release my original tracks alongside those of my online music producer friends from around the world.

Our music has been downloaded and listened to thousands of times, all over the globe with exposure on French, New Zealand and Australian Radio. To date we have released three albums with our forth due this year.  All our albums are free and we survive through donations, but together it really raises the profiles of artists and I hope acts as a springboard to greater things or reenforces the strength of those who are already on their way to a successful music career. 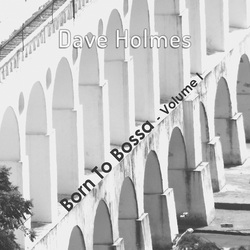 In December 2013 I put together a Kickstarter project to fund a professional recording of my own compositions at a top studio in Portugal run by one of my old band members. This would have been a fantastic album made up of English language songs that I've written over the last two and a half decades, drawing on Brazilian instrumentation and drums / percussion with a touch of Portuguese influence.

The KS project didn't work out but I received many pledges mostly from friends. So to take more positive energy from this, in January this year, I asked those who pledged of they wanted to donate to a live recording of my Bossa Nova set.

More than half of people donated to this session, which was recorded on the 12th of February at Area18 studios in London, owned and run by my old Alchemea pal Rich B. He has worked with many great acts over the last 20 years including Jamiroquai. We always get great results when working together and I managed to record 40 tracks. 35 of which were ok, 18 of those I put on my album Born To Bossa - Volume I. 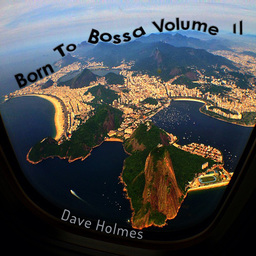 In 2014, I started some tours around UK and Europe and I recorded Volume II in August 2014. More tours and radioplay followed in 2015
and I rejoined/ joined samba groups and started to learn Brazilian Choro music.

So far I have had encouraging feedback around the globe where I have posted links to the album. Particularly Portuguese and Brazilian people.  I am really grateful for this positive feedback and encouragement and it is a relief that this gringo has got at least most of the Portuguese correct! =)

Things are moving onwards and upwards!

Thanks everyone for your support ,especially Pete Turner from TheSourceFM, Fred Polet from Brazilian Blend in the Netherlands, BNovaMusic.com and my followers on social media. Enjoy the music ;-)